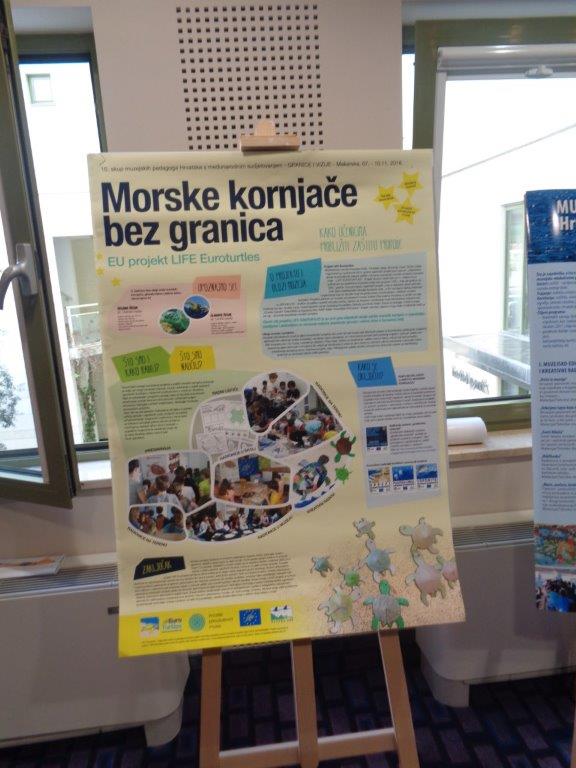 Poster titled „Sea Turtles without the borders“ raised the interest and participants asked many questions wanting to know more about it. So, after the presentation some project materials were distributed and shared among all participants in order to popularize project ideas and to raise awareness of the preservation and rescue of the sea turtles in the Adriatic sea. 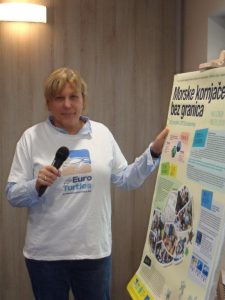 The Conference was organized by the Croatian Museum Society, under the auspices of the Ministry of Culture of the Republic of Croatia, the Assembly and the representatives of the city, county institutions and the Tourist Board of the City of Makarska. This biennially organized Conference titled “Border and Vision” is important because it brings together museum educators and curators dealing with education in museums from all over Croatia and many countries from abroad. 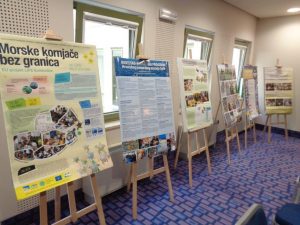 The Conference was officially opened on November 7th by Mr. Hrvoje Manenica, special envoy of Minister of Culture Mrs. Nine Obuljen Koržinek. There was a total of 70 participants from Croatia, Slovenia and Serbia from 35 museums and galleries and three Croatian universities. The program consisted of 51 presentations, a roundtable “Museum Education – Border and Vision” and the exhibition presenting the 20th anniversary of the foundation of the Croatian Museum Society´ Section of Museum Education and Cultural Action.