Andronikis’ struggle for survival is moving 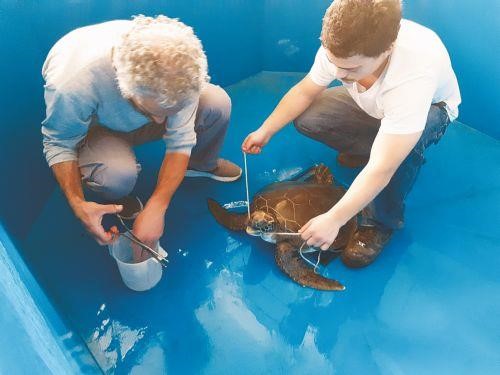 The little turtle is at the Marine Research Center of the Department of Fisheries where it is now been treated at Meneou beach, was found last October in a miserable condition, in the open sea. When she was transported for her for treatment, she had a broken skull and serious injuries to one of her eyes and other parts of her body and fins. The unfortunate turtle named “Androniki”, seems to have been caught in the longlines of a fisherman, while trying to secure her food. As she was trapped and unable to react and escape, the people who approached her not only did not feel sorry for her but smashed almost half of her skull and left her trapped in the longlines she had been caught in and was left to die.