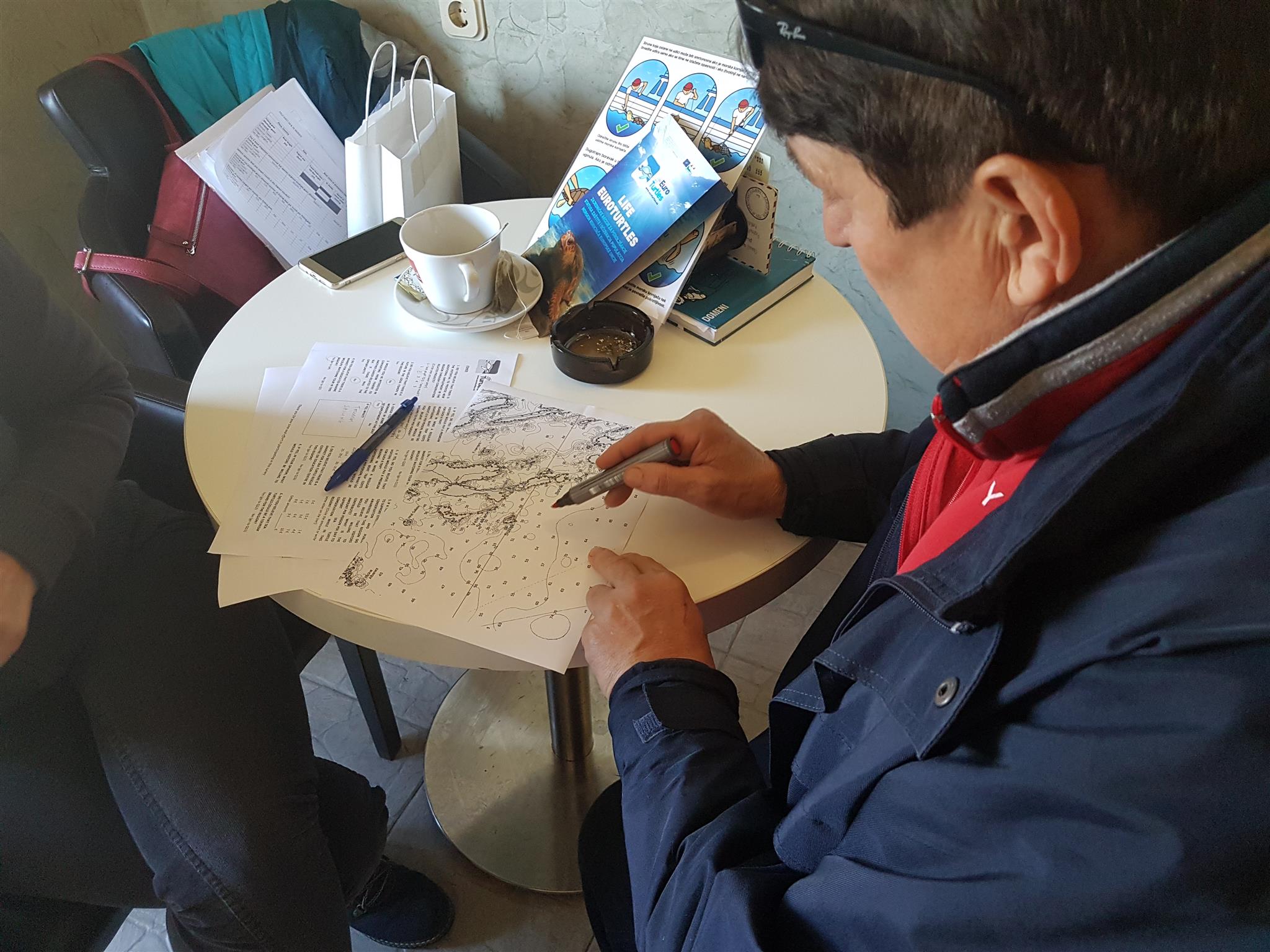 On Friday, March 16th, 2018, we used the unfavorable weather forecast that kept the fishing boats in the harbors of the island of Lošinj to organize a workshop for fishermen. During the meeting we were conducting individual interviews with each fisherman collecting the information on the procedures with caught sea turtles as well as information on their knowledge on the areas relevant for sea turtles. The interviews where done based on the standardized questionnaires. The aim of the workshop was to provide the fishermen with the information on the correct handling of sea turtles caught on the hook or in the net, in order to reduce fishery-related threats and the mortality of caught turtles.
Additionally, during the workshop we presented eTurtle smartphone application as an user friendly tool for fishermen to provide us with their information on observations and accidental catch of sea turtles in fishing gear. In order to encourage them to start collecting data, each fisherman got the smartphone with the application installed.