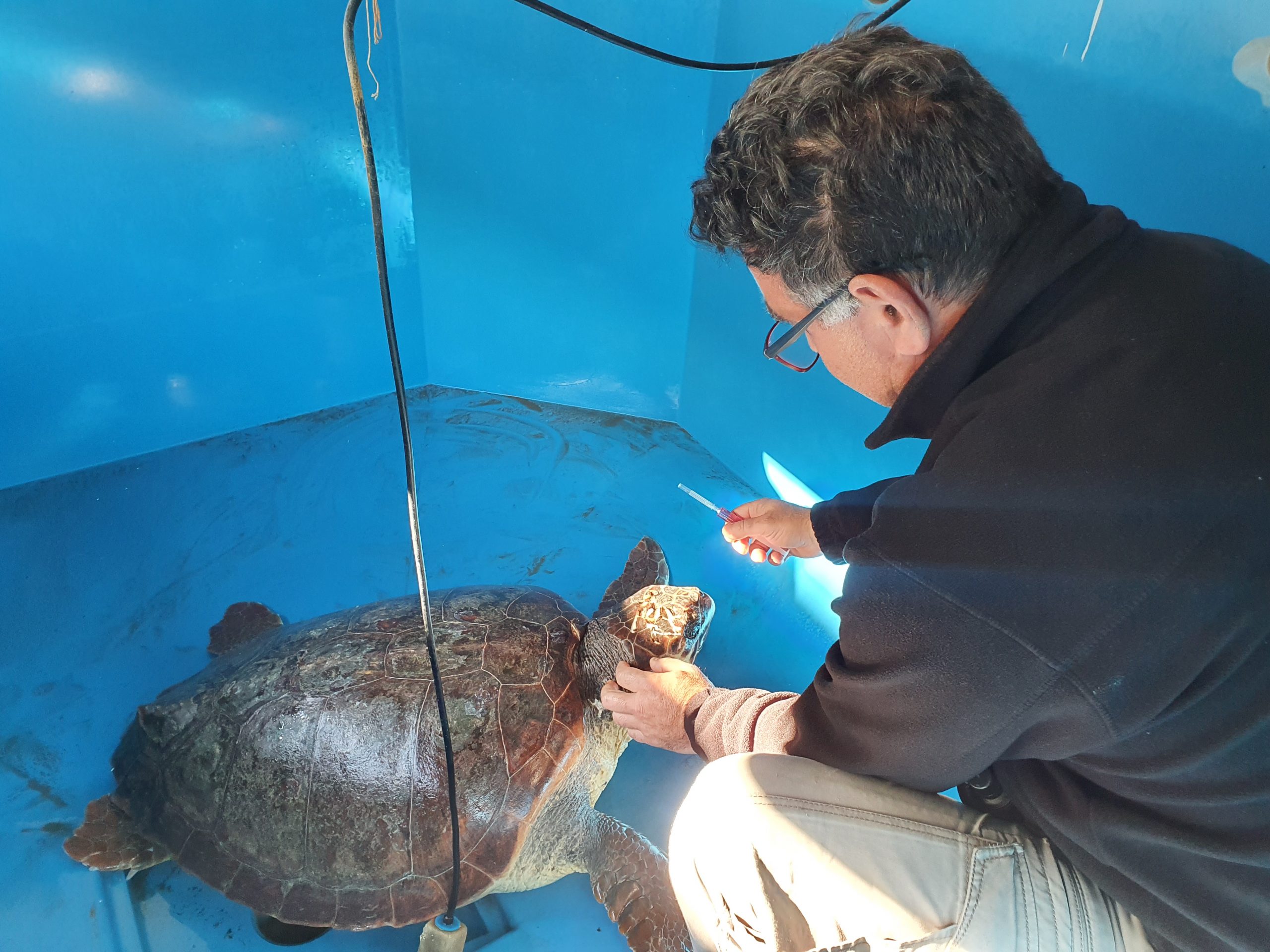 The Department of Fisheries and Marine Research (DFMR) runs a marine turtle rescue centre located in the Cyprus Marine Aquaculture Research Centre (CyMARC) in Larnaca.
For the period of 2016 – 2021 all turtles reported in need of treatment were transferred at the Meneou Turtle Rescue Center within the same day that they were reported. The data and results can be seen on Table 1.
It is noted that most turtles that did not survice despite the hard efforts of the rescue center personnel, was due to the sevirity of their injuries.

Table 1: Indicators value regarding reduction of mortality / increase of rescue turtles for 2014-2021 period.

* The values for the indicators for years 2014 and 2015 were extracted from annuals reports of Meneou “Turtle Rescue Centre” before the initiation of this project.
** The two were successfully released in 2021.
*** One still remains in the rescue centre being treated during 2022.