Diving expeditions continuation and use of a side scan sonar in the frame of the implementation of action C6 – Reducing the impact of ghost gear in turtles. 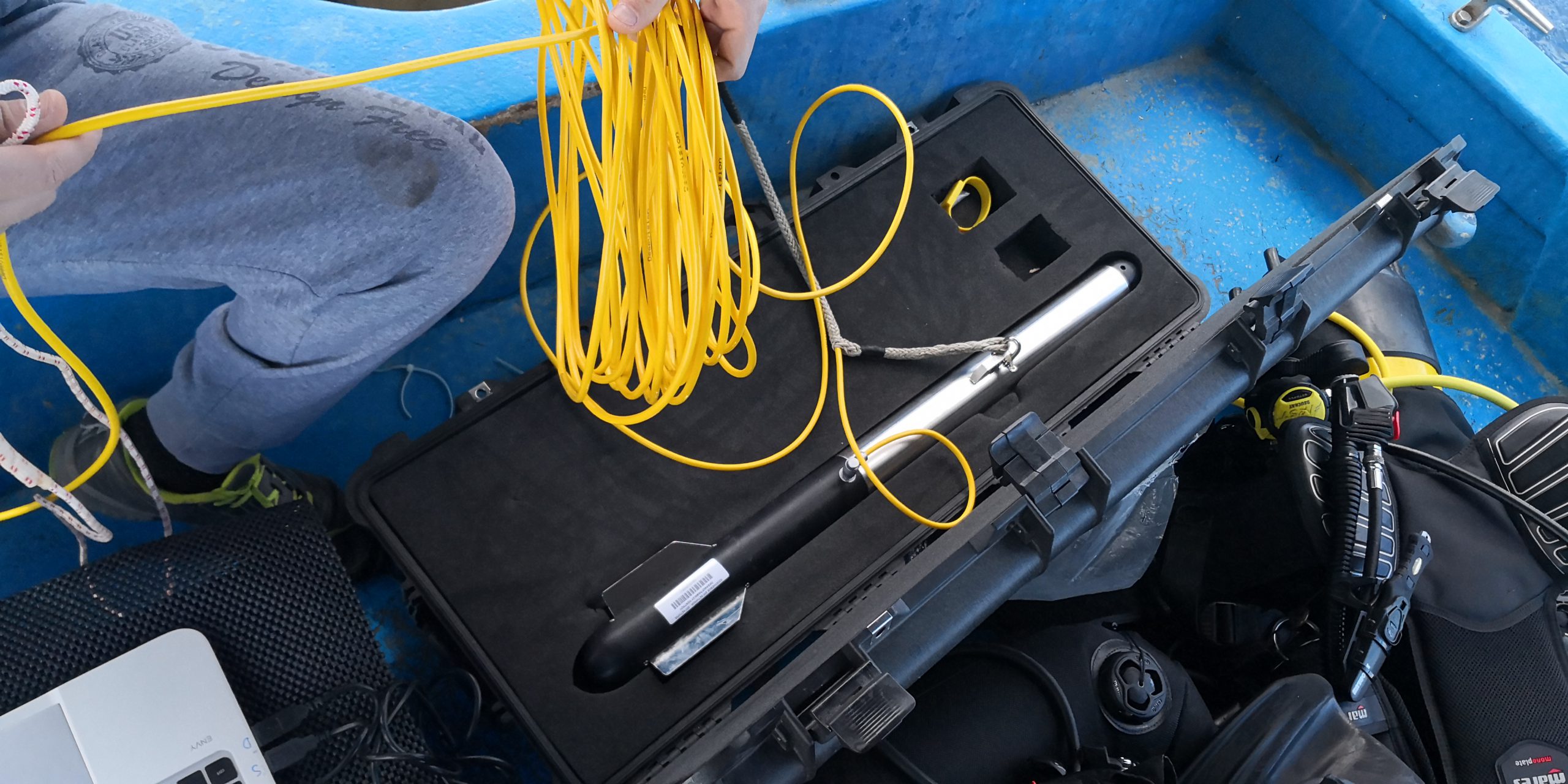 This time the diving team wasn’t very lucky as the information by the local fishermenabout the possible location ghost gear didn’t have the expected result. However, they had the opportunity to test a new tool for scanning the sea floor, in order to identify possible locations of ghost gear. The stuff of OC-UCY used a Side Scan sonar (DeepEye 340 SS) in Polis Chrysochou gulfthat is being used for other applicationsof the Centre.Underwater acoustic sonar surveyors can image predetermined areas of the seafloor.

Scanning sonar equipment is deployed at a resolution adequate to depict objects that are less than 1m in diameter. Sonar scanning can be deployed at a variety of depths and has been used to locate discarded fishing gearin waters to 100m(Drinkwin, 2017).