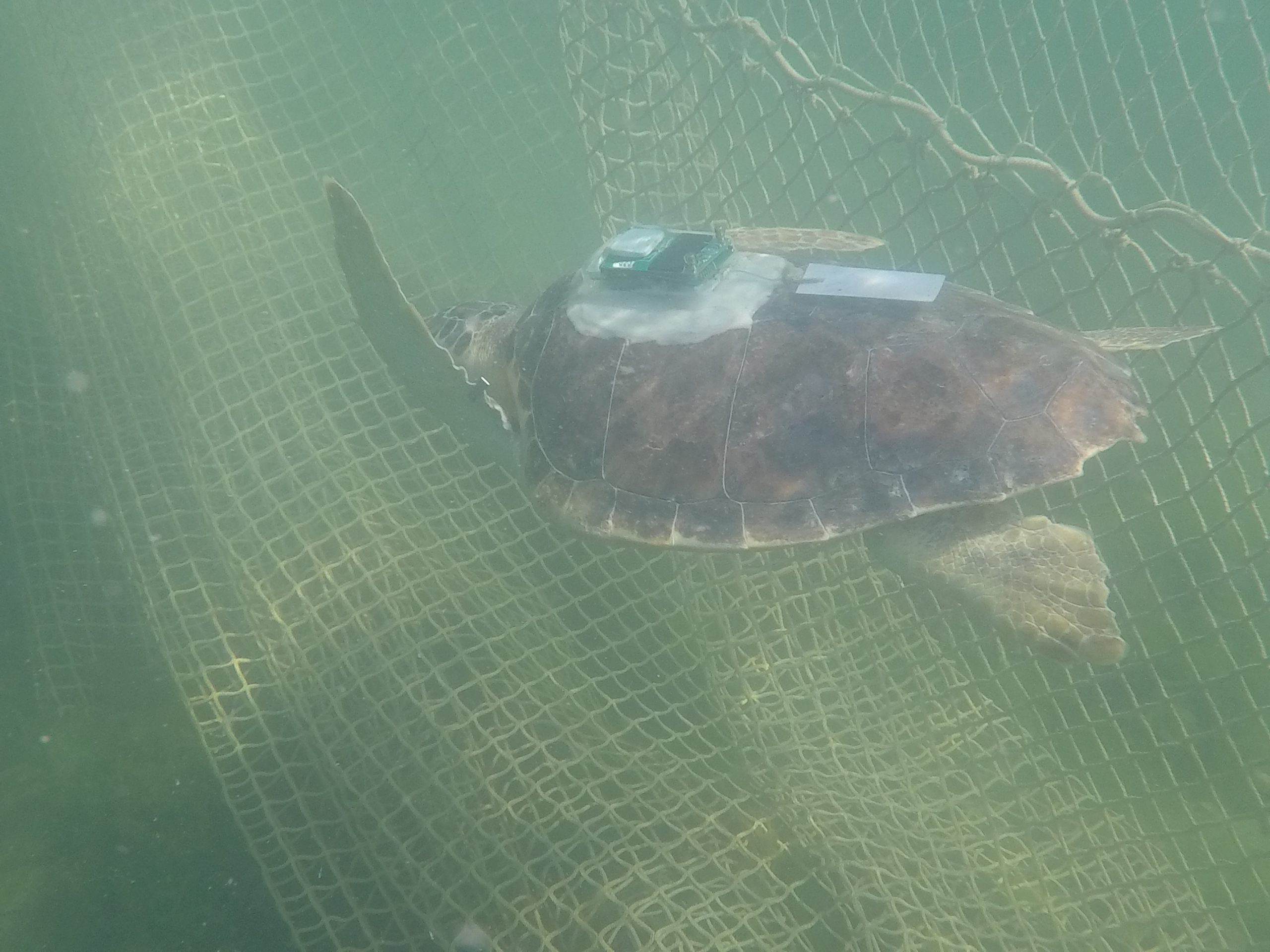 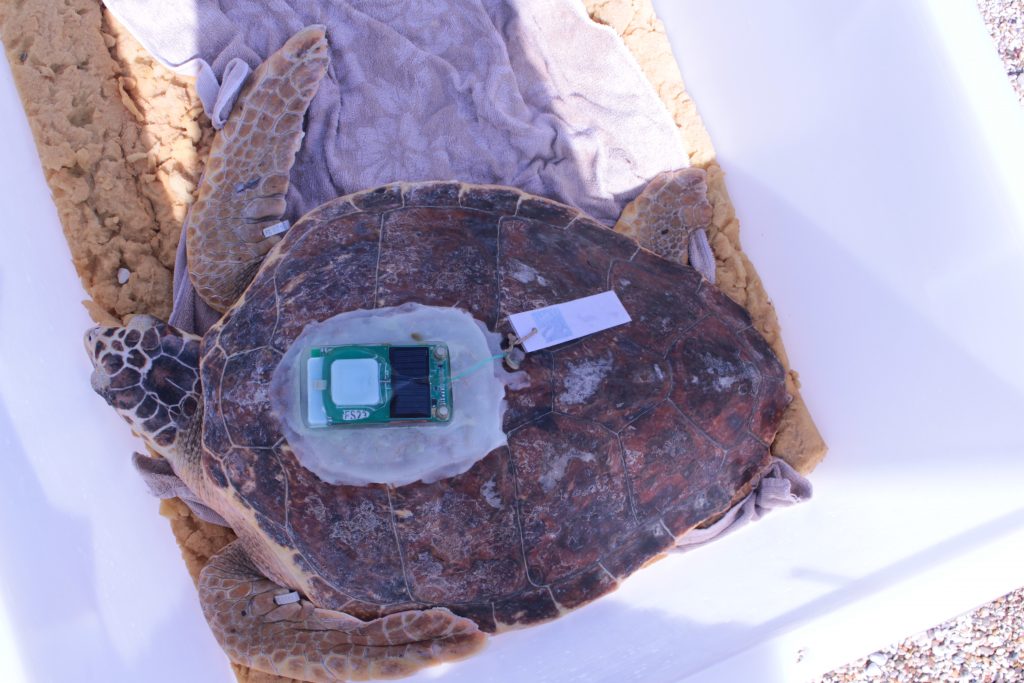 The University of Primorska in collaboration with Fondazione Cetacea from Italy attached another GPS-GSM transmitter on a rehabilitated sea turtle. The turtle was then transported and released into a near-shore enclosure, where the researchers had the opportunity to monitor sea turtle behavior and to observe the functioning of the transmitter in conditions, similar to the natural environmental conditions in which the sea turtles live. The turtle did not seem to be affected by the transmitter, that functioned very well. The animal was therefore released on Monday, 1st of July.