Participation in the event “Paddle for our Sea” 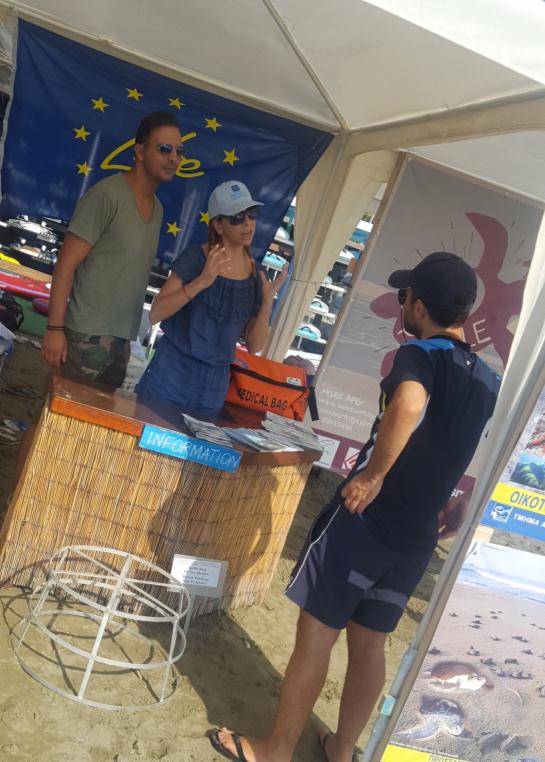 The Department of Fisheries and Marine Research (DFMR) was invited to participate in the event “Paddle for our Sea” (Image 1) organized by the Windsurf-City Cyprus, in Larnaca on the 23rd July 2017. Ms Melina Marcou attended the event in order to talk about the marine turtles, their protection and conservation, as well as to inform the general public regarding the Actions involved in the LIFE EUROTURTLES Project.

During the event, there was a lot of interaction with the general public in regards to the marine turtles in Cyprus, giving information and explaining the methodologies involved for their protection and conservation, their treatment and data collection, as well as all the Actions that the DFMR is involved in the framework of the LIFE EUROTURTLES Project

Moreover, information was given to the general public regarding the possibilities of how they can get involved and help the DFMR with its task, such as where to call in case of an injured turtle, a found nest etc. Everyone seemed very enthusiastic and the event had a great success.