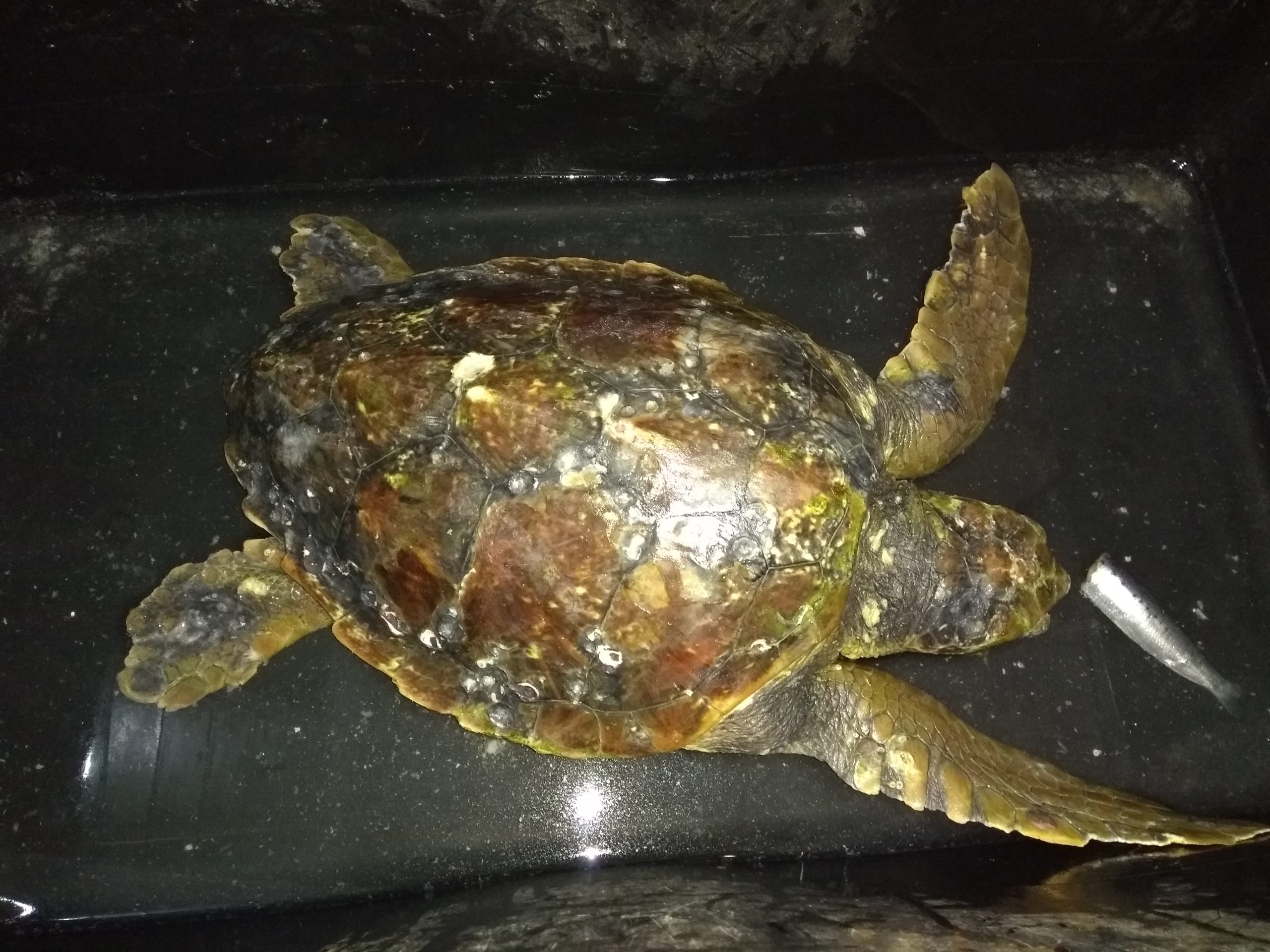 Sea Turtle Rescue Centre in Mali Lošinj is intended for taking care about loggerhead sea turtles and green sea turtles. All the activities in the process of handling and research of these strictly protected animal species carried out by the Blue World Institute are based on the valid permit from the competent Ministry of Environment Protection and Energetics of the Republic of Croatia.
Since the beginning of 2018 Blue World Institute researchers have received a total of 28 reports of loggerhead sea turtles (Caretta caretta). In 27 cases dead animals were reported and in one case there was a live individual. After being found swimming in the port of Veli Lošinj, the latter was put in the fresh water in order to be cleaned from barnacles and algae. As the turtle was in good condition (moves energetically, is responsive, no evident problems), it was released back into the sea on the same day.
All the aforementioned cases have been reported according to the Protocol for alerting and acting in case of dead, sick or injured strictly protected marine animals issued by the Croatian Agency for the Environment and Nature.
In addition, our partners from Aquarium Pula released 6 loggerhead turtles in June tagged with our new flipper tags. Finaly, Lunga, the loggerhead turtle that was released with the new GSM tag from Brijuni National park was also tagged with our tags (numbers: HR2014 (front left flipper) and HR2015 (front right flipper))