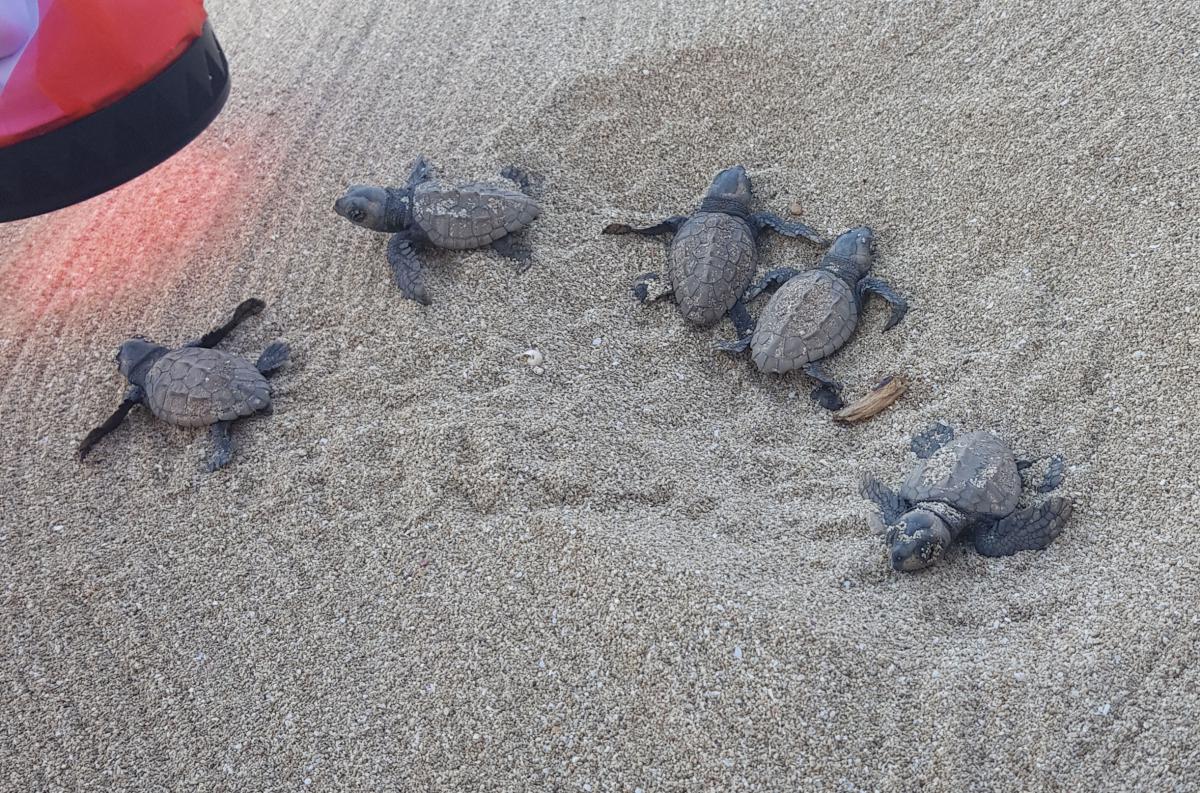 One of the special features of this summer is the great interest of the public for the sporadic nests of sea turtle that are made in different parts of the Greek coastline, from the south i.e. Rhodes, Sitia, Naxos, Paros to Corfu, Volos and Epanomi in the north of Greece. Attica, the region of Athens, the Greek capital, was one of the surprises on the lists of locations this year, with 3 nests recorded in the Porto Rafti-Avlaki area, and one in Anavyssos. “It is not completely unusual to find a nest in Attica, it is something that has happened again in recent years,” says Panagiota Theodorou, Coordinator of legal and institutional issues at ARCHELON. 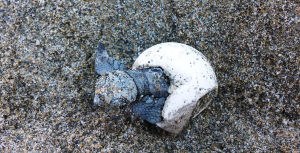 So what does sporadic sea turtle nesting mean?
It is known that sea turtles are migratory animals, which travel very long distances. In terms of their reproduction, however, two types of behaviors have been observed. One, the most common, is characterized by “philopatry”, i.e. upon sexual maturity the adult female turtles return to the site where they were hatched, to make their own nests. The second is less common and is observed when, during their travels, they find themselves in the need to lay their eggs on a nearby beach. This is the phenomenon of “sporadic nesting”, which leads us to locate some nests of sea turtles on beaches where no significant nesting is observed every year.
Sporadic nests of sea turtles are important. There is no evidence yet to suggest a link between sporadic nesting and observed climate change, but sporadic nests in various places may prove to be a survival mechanism in the face of changes in sea level and temperature. This means that in 15-20 years, some of these turtles may survive and return as female adults to nest in these sites. Researchers claim that the chances of a sea turtle reaching adulthood range from 1 in 1,000 to 1 in 10,000.
So each nest can be important for the future survival of sea turtles in a changing climate. That is why nest information that any citizen might have is valuable for the survival of sea turtles. “ARCHELON systematically records the nests that are reported every year in various places, either when a sea turtle comes out on the beach or when the little turtles appear” says Dimitris Fytilis, manager of the ARCHELON Sea Turtle Rescue Center.
The LIFE EUROTURTLES project has supported the Rescue Network of ARCHELON (which is responsible for recording sporadic nesting in Greece together with the rescuing of the animals) with equipment, training and public communication opportunities.