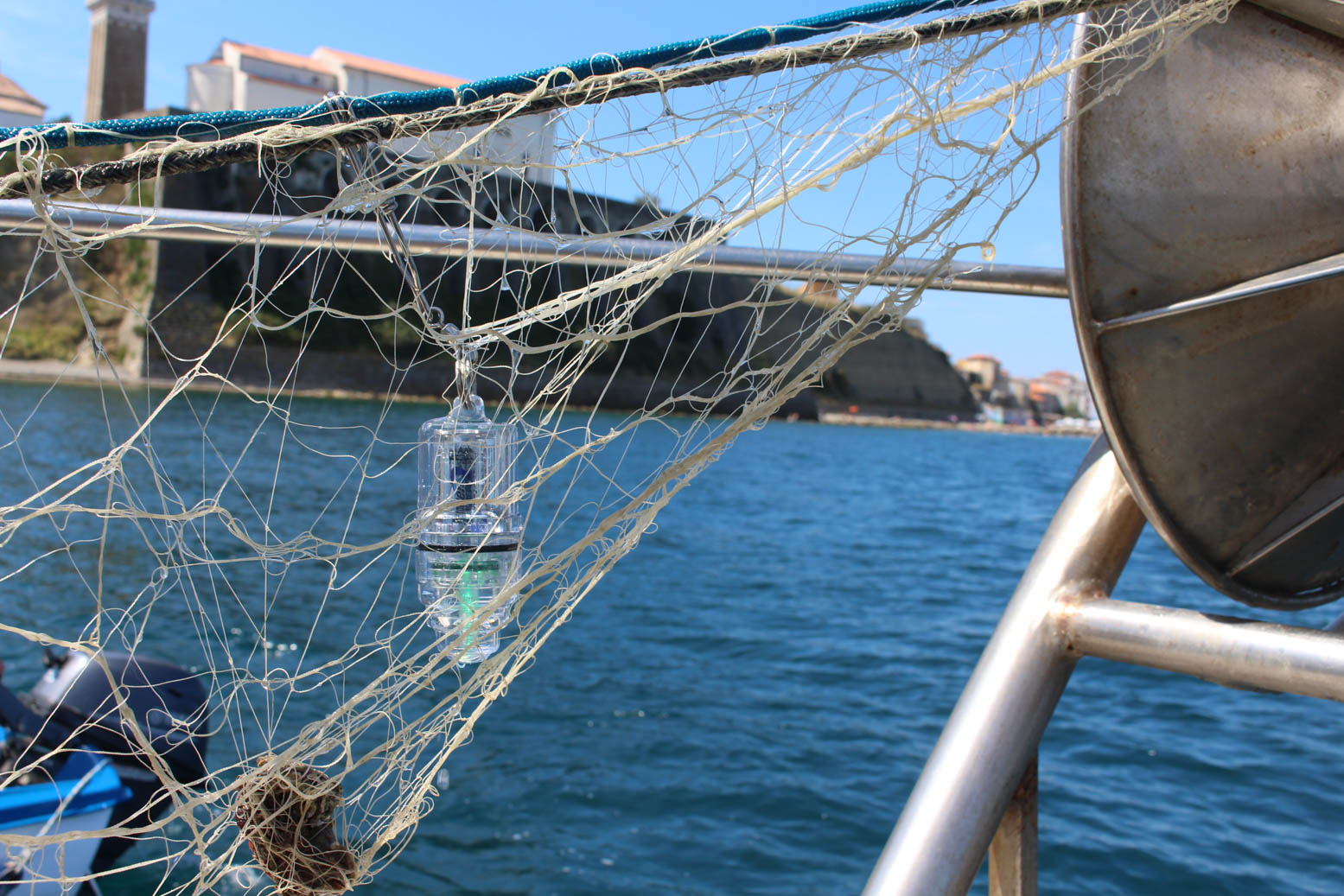 The dedicated fisherman Mr. Emanuel Letica and the UPR research team started with a testing deployment of a modified fishing net to reduce sea turtle bycatch on 18th August in the waters outside of Piran Bay, Slovenija. Prior to the deployment, the LED lights were attached to the trammel net of approximately 100 meter length. With the help of a local diver Mr. Gorazd Lazar the net was filmed underwater to determine whether there were any effects on the net considering the additional weight added. In the following weeks we modified the attachment of the LEDs by removing the metal clips and making LEDs almost neutrally buoyant. Several deployments of a control and experimental net followed in September and October, where along with sea turtle bycatch, the target and retained catch and bycath of fish and invertebrate species was observed. During these deployments we got a great deal of information from Emanuel and other local fishermen about the situation of the local fisheries and sea turtle bycatch. As the sea turtles migrate southward from colder waters of Northern Adriatic and are mostly absent throughout the winter period, activities will commence again in spring.