Workshop “Whose biodiversity, whose value?” 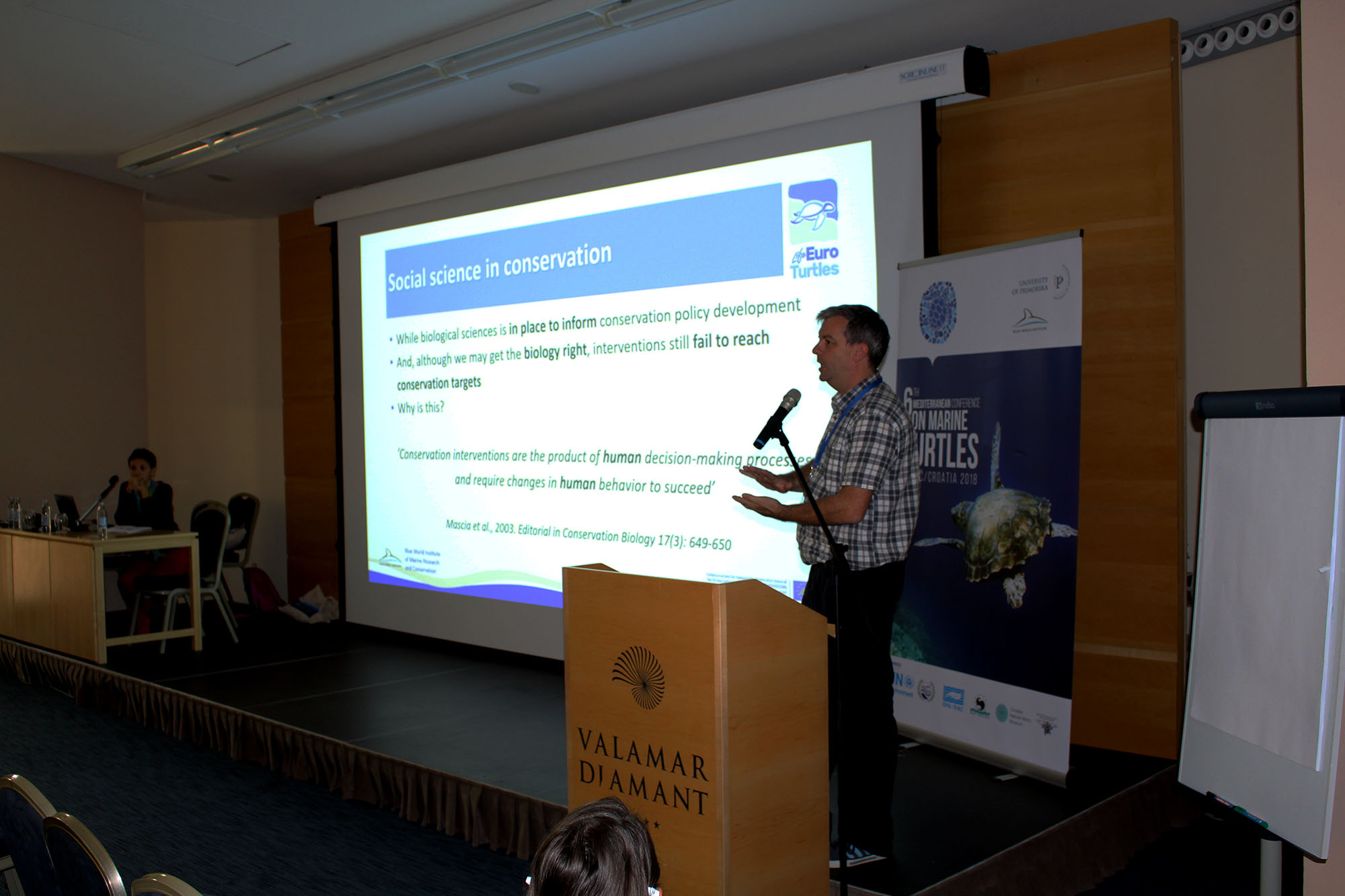 On 17. Oct. 2018, the third day of the Mediterranean Sea Turtle Conference in Poreč researchers from the Blue World Institute (BWI) and the University of Primorska hosted the workshop on ‘Whose biodiversity, whose value? Engaging with stakeholders to understand their perceptions’.
Over a two hour session more than 60 researchers in the room helped to contribute to animated discussion about the role of human dimensions in marine conservation, specifically looking at large marine vertebrate. The concept behind the workshop was to bring together researchers to present stories of meetings with stakeholders where the point of human dimensions of conservation are at their most important.
Dr. Peter Mackelworth, Conservation Director of the BWI, opened the workshop with a short presentation on how values are developed throughout a person’s life and how those values may affect their perceptions and attitudes towards conservation. He closed the introduction by presenting a moral dilemma of cetaceans in captivity. Seeking the input of the audience he presented the issue to encourage interaction, the aim being to show the differences of opinion of the group of conservationists sitting in the room as an example of how different each person may view a topic, despite having similar training in conservation.
Mrs. Jelena Basta, Education Director of the BWI, then provided the examples of the work undertaken in the Euroturtles project where interviews and questionnaires were undertaken with tourists and fishermen. The results highlight very different attitudes towards conservation, specifically within the context of sea turtle conservation in the Adriatic Sea.
Following this researchers from France, Malta, Tunisia and Greece provided their own examples of interactions with stakeholders where knowledge and behaviour showed the differences in values between conservationists and stakeholders.
The workshop wrapped up with conclusions that conservationists need to recognise that imposing their values onto stakeholders values will not lead to conservation success. We, as conservationists, are seeking to change stakeholder values it is up to us to translate our values into something meaningful for stakeholders. If we can understand how different stakeholder develop their value systems then conservationists can seek to understand these and mitigate for differences in opinion leading to more meaningful conservation.